Cup for a Cause 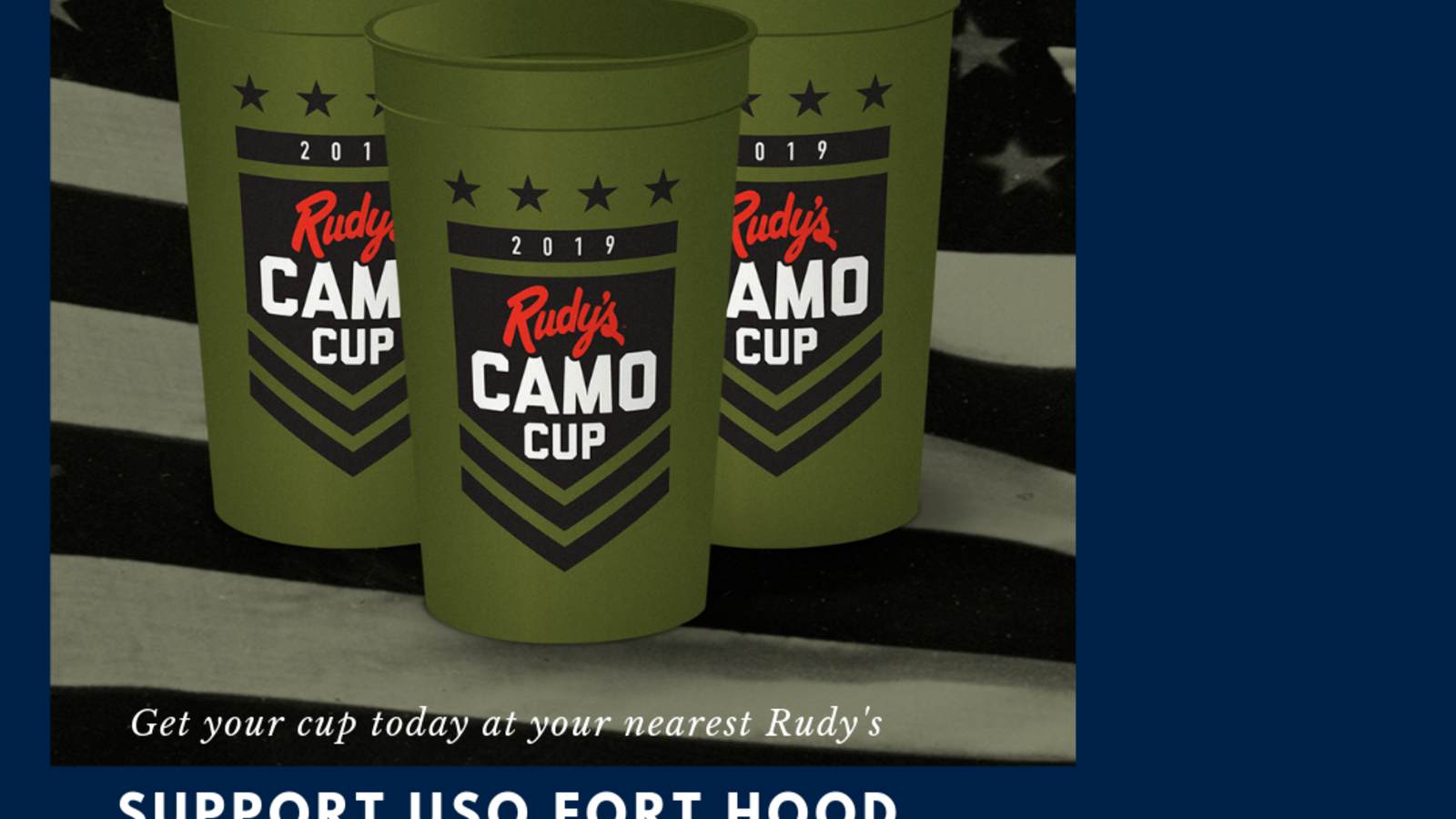 Rudy’s “Country Store” and Bar-B-Q® Raises Money for Military Charities with Month Long Camo “Cup for A Cause” Campaign HOUSTON, TX, May 1, 2019 – Rudy’s “Country Store” and Bar-B-Q® is raising money for military inspired charities for the entire month of May by bringing back their Camo Cup for the seventh consecutive year. This year’s benefiting charities are Combined Arms, Veteran Outdoors, Thanks USA, Songwriting for Soldiers, USO Fort Hood, Fighter Country, Mission 22, Carry the Load, and Celebration of Love. Rudy’s Bar-B-Q serves large beverages in the iconic Camo Cups and encourages guests to donate a dollar. Donating guests receive a coupon for a free 32-ounce drink to be redeemed on their next visit. The cups are only offered during the month of May while supplies last. In six years, the Rudy’s Bar-B-Q “Cup for a Cause” campaigns have raised $1,785,445. The 2019 campaigns are on track to break the $2 million mark. “We started the Cup for a Cause campaigns as a way to give back to the communities and people that support us,” said Pete Bassett, VP of Operations, “It’s been amazing to watch our team become invested in helping these charities, everyone wants to raise more money than the previous year because they know how much good they are doing.” Rudy’s Bar-B-Q operates stores in Texas, New Mexico, Oklahoma, Colorado and Arizona. Each store will raise funds for this year’s military inspired charities. USO Fort Hood is one of the military organizations that will benefit from this campaign. Show your support to our men and women who protect tis great nation by participating in this year’s campaign.

WE THANK YOU FOR SUPPORTING YOUR LOCAL USO!!!!