By A night they will never forget 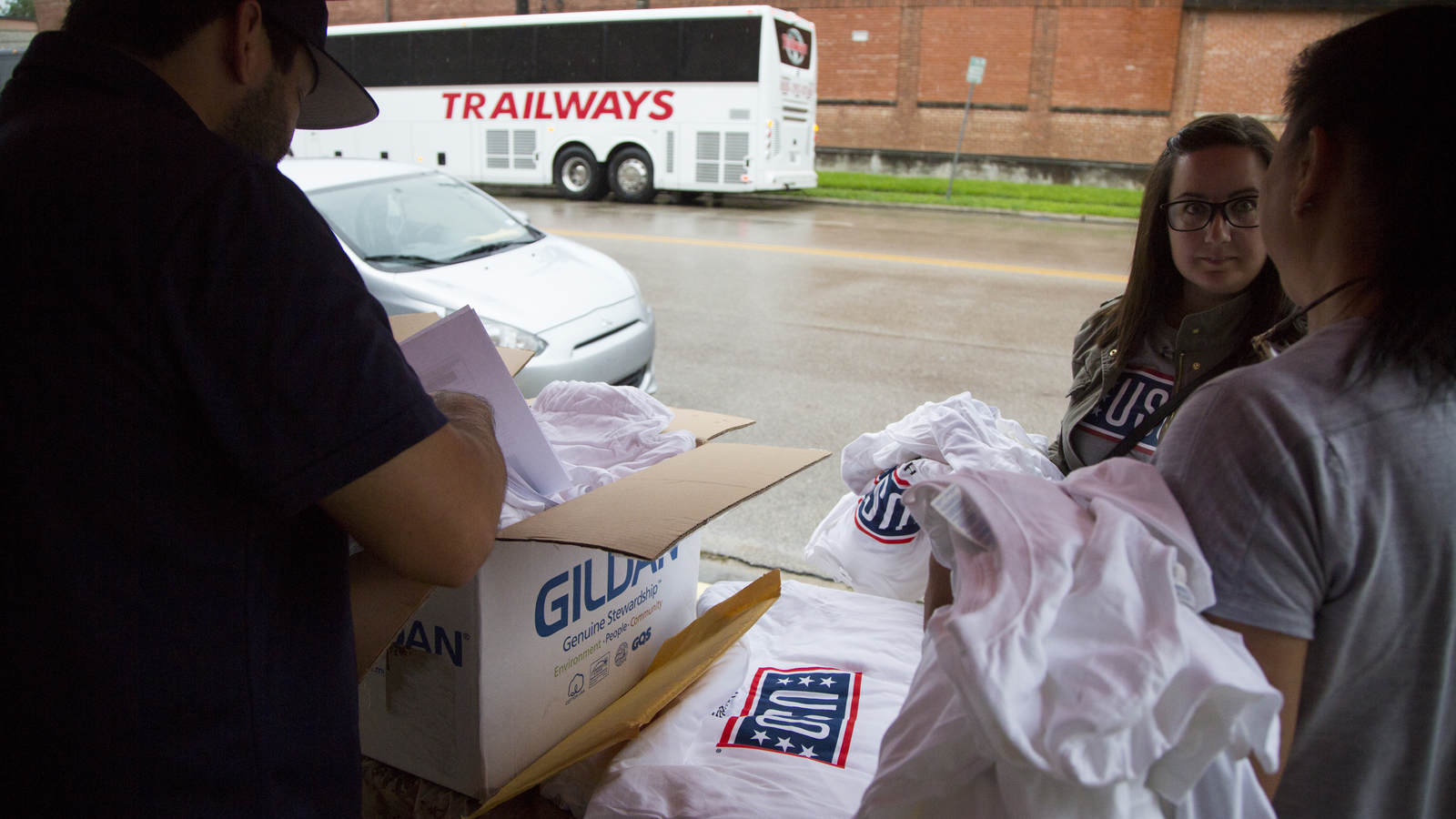 Picking up our T-shirts 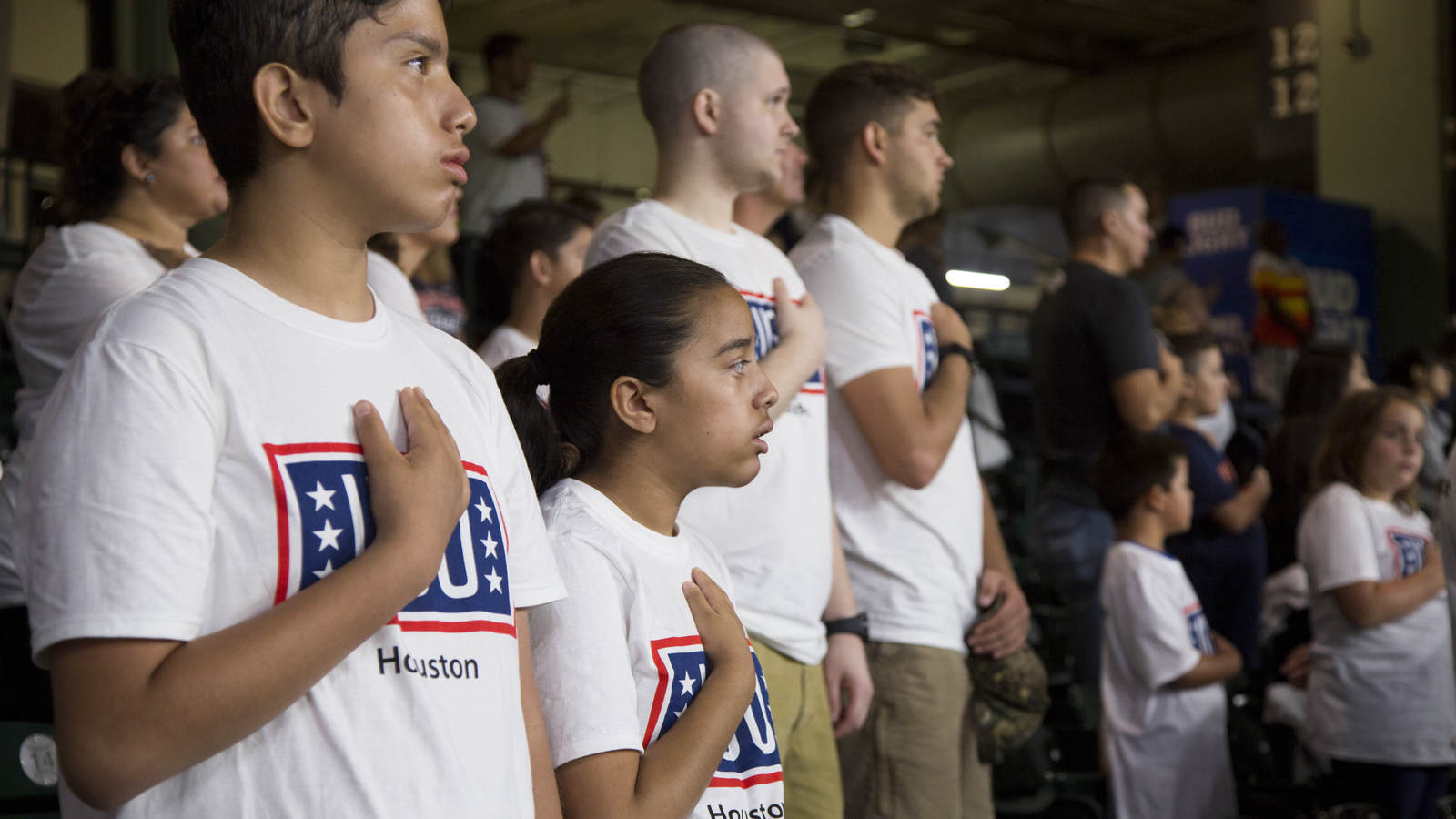 Standing for this great nation 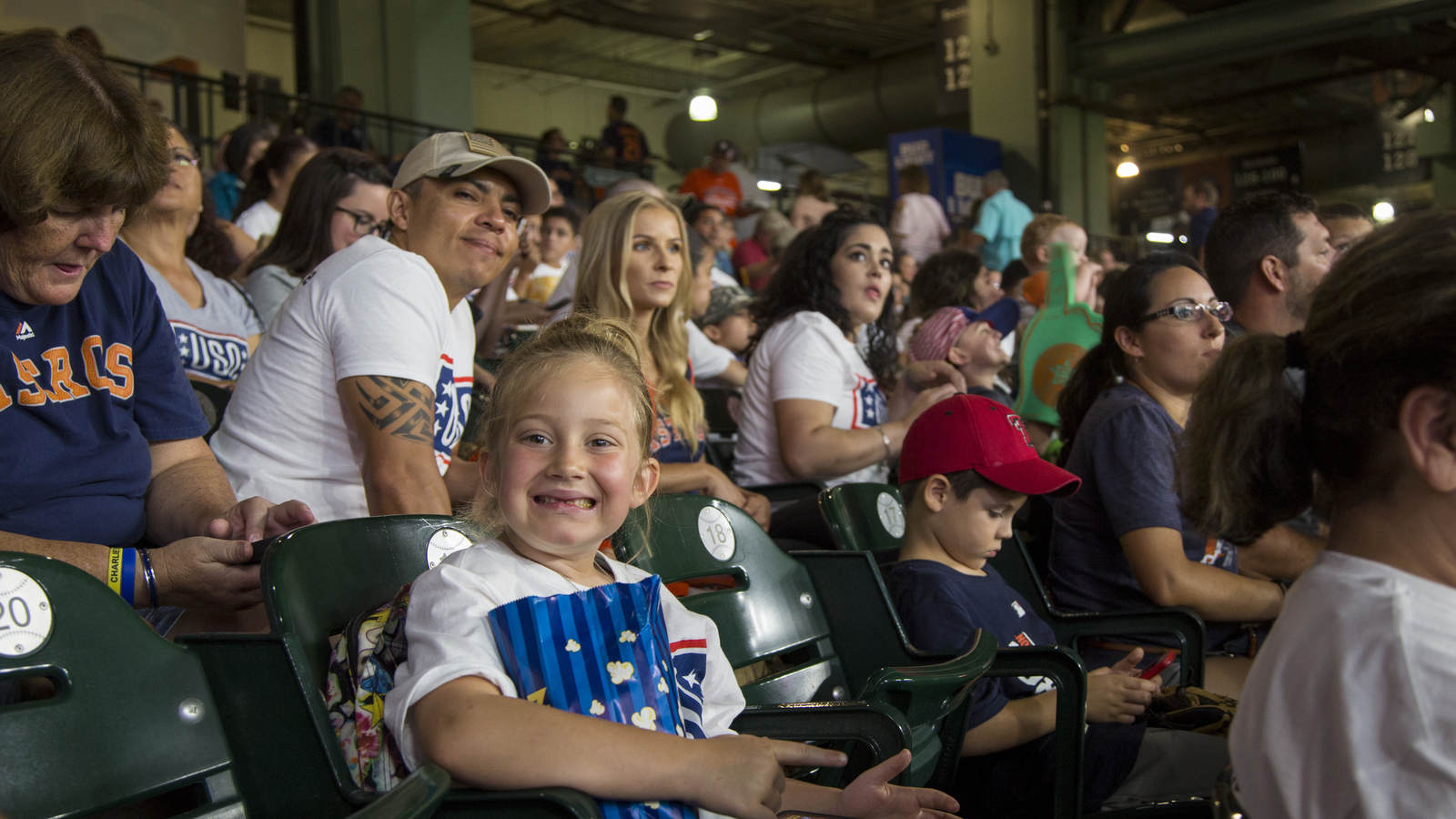 This weekend, USO Houston, USO Fort Hood, USO Camp Buehring, Kuwait, and the Houston Astros teamed up to treat over 100 Texas military family members to a free night of food, fun and, for some, a unexpected message from their deployed loved ones.

“We invited a few families from the [deployed 2nd Battalion, 82nd Field Artillery Regiment from Fort Hood, Texas,] to [the game] … and we had a bit of a surprise for them,” USO Fort Hood Center Director Isabel Hubbard said.

With unsuspecting family members looking on from the crowd, the Astros displayed a surprise, prerecorded message from the deployed unit on the scoreboard during the fourth inning.

Check out the message the unit sent below:

“The fact that the USO and the Astros took the time to facilitate a video of our guys and to bring us here and to show us [the video], that’s a huge deal,“ said Jennifer Zamjahn, whose husband is part of the deployed unit. “It’s the small things like that that mean to so much to us.”

See the families’ reactions to the surprise:

“Separation is never easy and one of the things we, the USO, like to do is keep them connected,” Hubbard said. “This was our way of bringing their soldier home, even if it was just a video clip.”

You can send a message of support and thanks directly to service members via the USO’s Campaign to Connect. Your messages will appear on screens at USO locations around the world.