By 700 Families ride the Holiday Express this year. 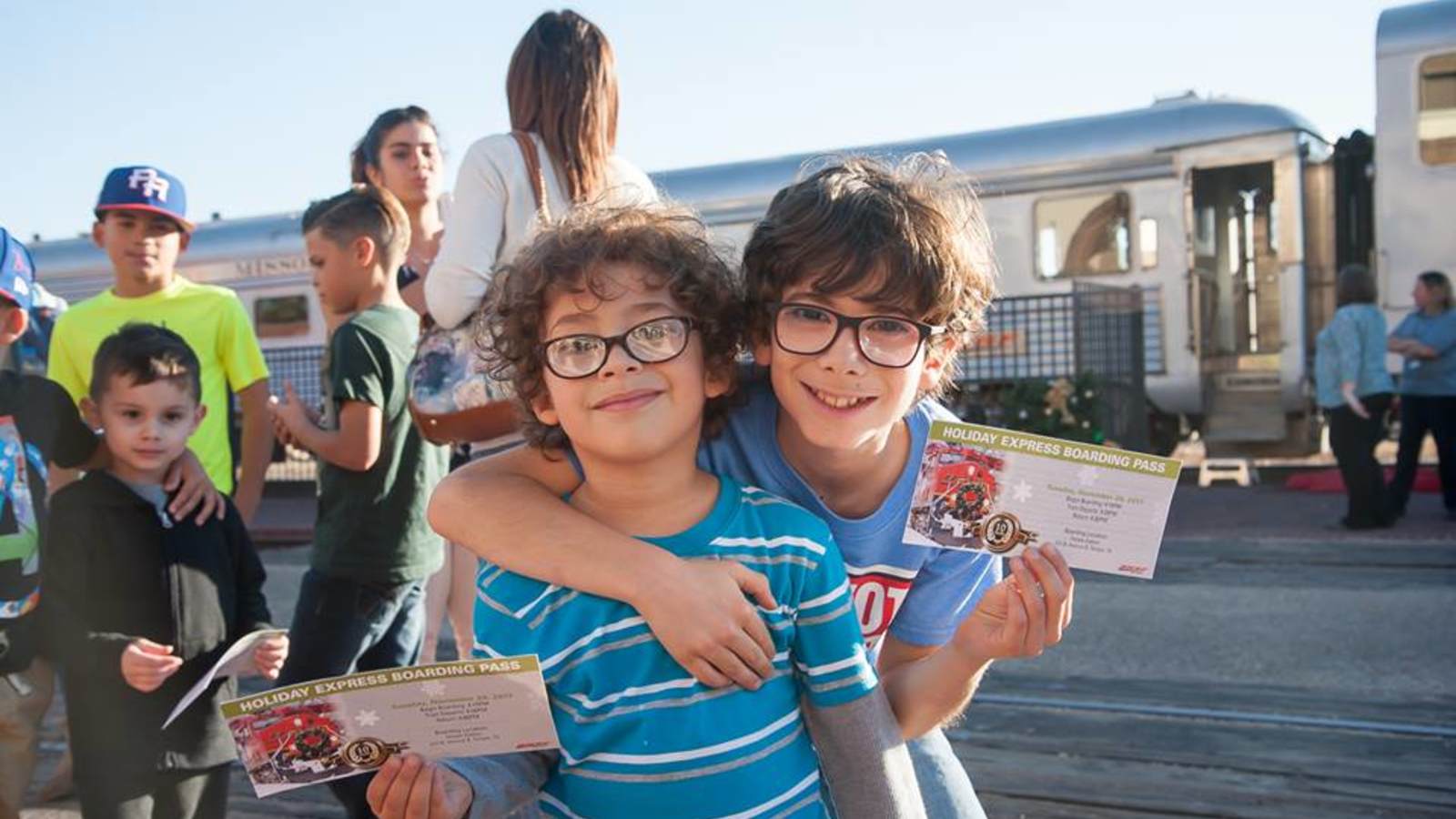 BNSF’s Holiday Express is back, kicking off its 10th annual tour with a stop in Temple, Texas! The special train will pay tribute to the families of U.S. military men and women over the next several days, providing train rides to more than 2,000 military family members. Santa Claus is going along for the ride to present children with holiday ornaments. Along the way, BNSF officials will present $50,000 in donations from the BNSF Railway Foundation to non-profit organizations that support military families.

Fort Hood’ Santa Workshop and Fort Hood Scholarship Fund both received checks on 29 November during the brief presentation after the train returned to the station. BNSF’s president and CEO, Carl Ice did the presentations to each non profit organization.

USO Fort Hood was given the opportunity to be a part of the event and helped organized the distribution of tickets to this fully funded (by BNSF) train ride. To add to the festivities, USO Fort Hood help a Best Dressed Family contest. Any family who were either decked out in coordinating outfits or came to the train station in their PJs were in the running. Pictures of the winners are posted on our facebook page.

It was a very special evening for the families. And we were very glad to be there with them.