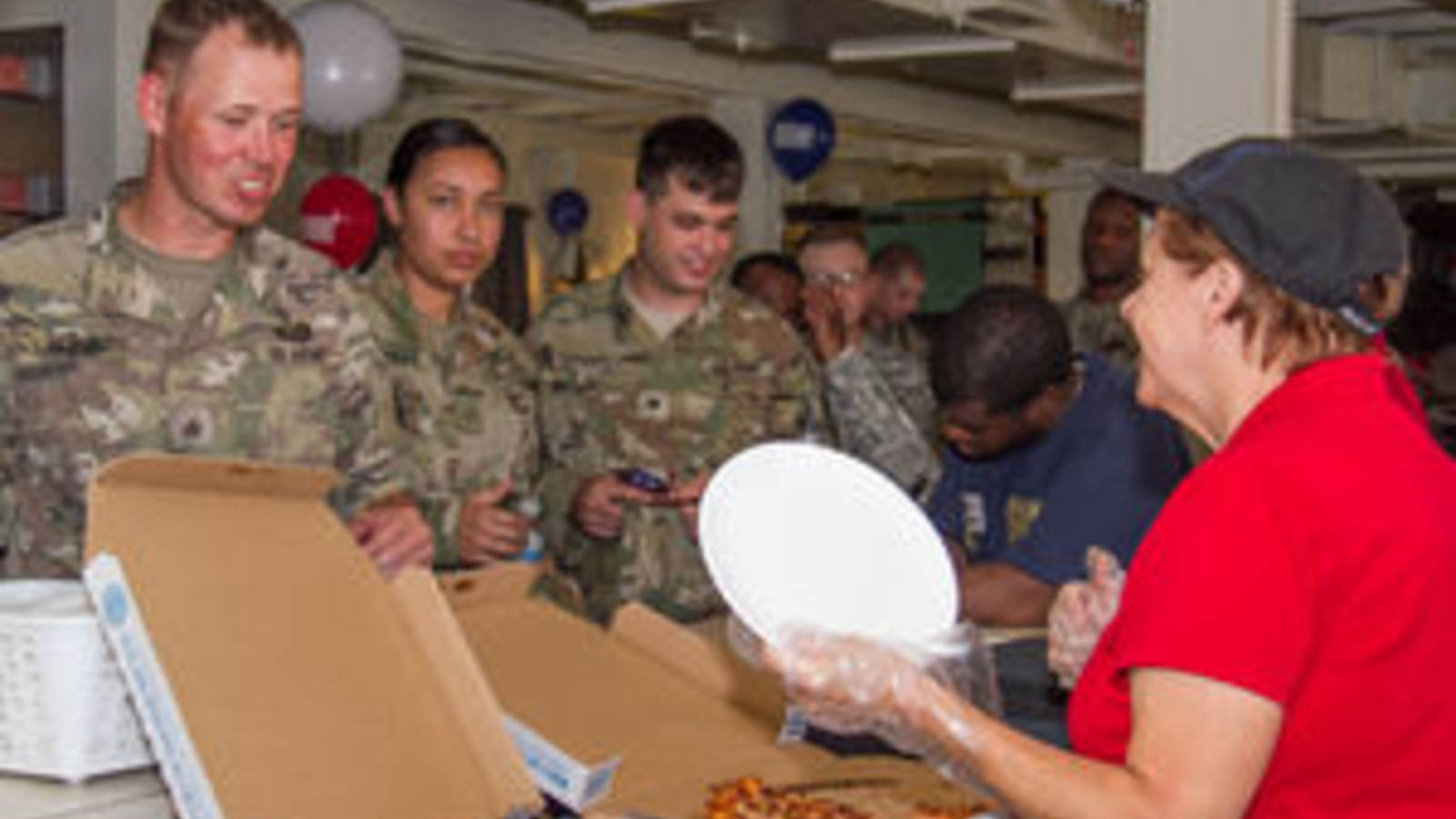 FORT HOOD — The Fort Hood USO brought out cake and ice cream Wednesday to celebrate a 15-year milestone at the Great Place.

The USO on post was the first time the organization, dedicated to the welfare of U.S. service members, had opened a location on an actual military installation, said the post’s center director, Isabel Hubbard.

Opened a mere month before the Sept. 11, 2001, terrorist attacks, the organization immediately became deeply involved with Fort Hood’s soldiers and families as they rotated in and out on combat deployments to Afghanistan and Iraq.

“Honestly, we didn’t know what our mission was going to look like, because we were the first USO center on any installation,” Hubbard said. “We were the pilot experiment. When 9/11 happened, we knew exactly why we were here. We were pretty much camped out at Abrams gym for all the deployments and redeployments. It pretty much dictated how we would provide support to Fort Hood and the community.”

“Out of what happened here, because we have such a great relationship with (post) command, we realized there was a viable reason for us to be here,” Hubbard said. “We can support the community directly, on the ground, where they live.”

The Fort Hood USO serves an average of 300 soldiers on a daily basis, offering movies, computers, phones, video games, snacks, drinks and free lunches provided by local businesses such as Domino’s and Chick-fil-A — all for free, she added. The monthly average is about 8,000.

According to the USO website, the organization was formed shortly before America’s involvement in World War II in 1941, when President Franklin D. Roosevelt sought to unite several service associations into one organization to lift the morale of the military. Those entities — the Salvation Army, Young Men’s Christian Association, Young Women’s Christian Association, National Catholic Community Services, National Travelers Aid Association and the National Jewish Welfare Board — became the United Service Organizations.

For information on the USO and for volunteer opportunities, go to www.uso.org.