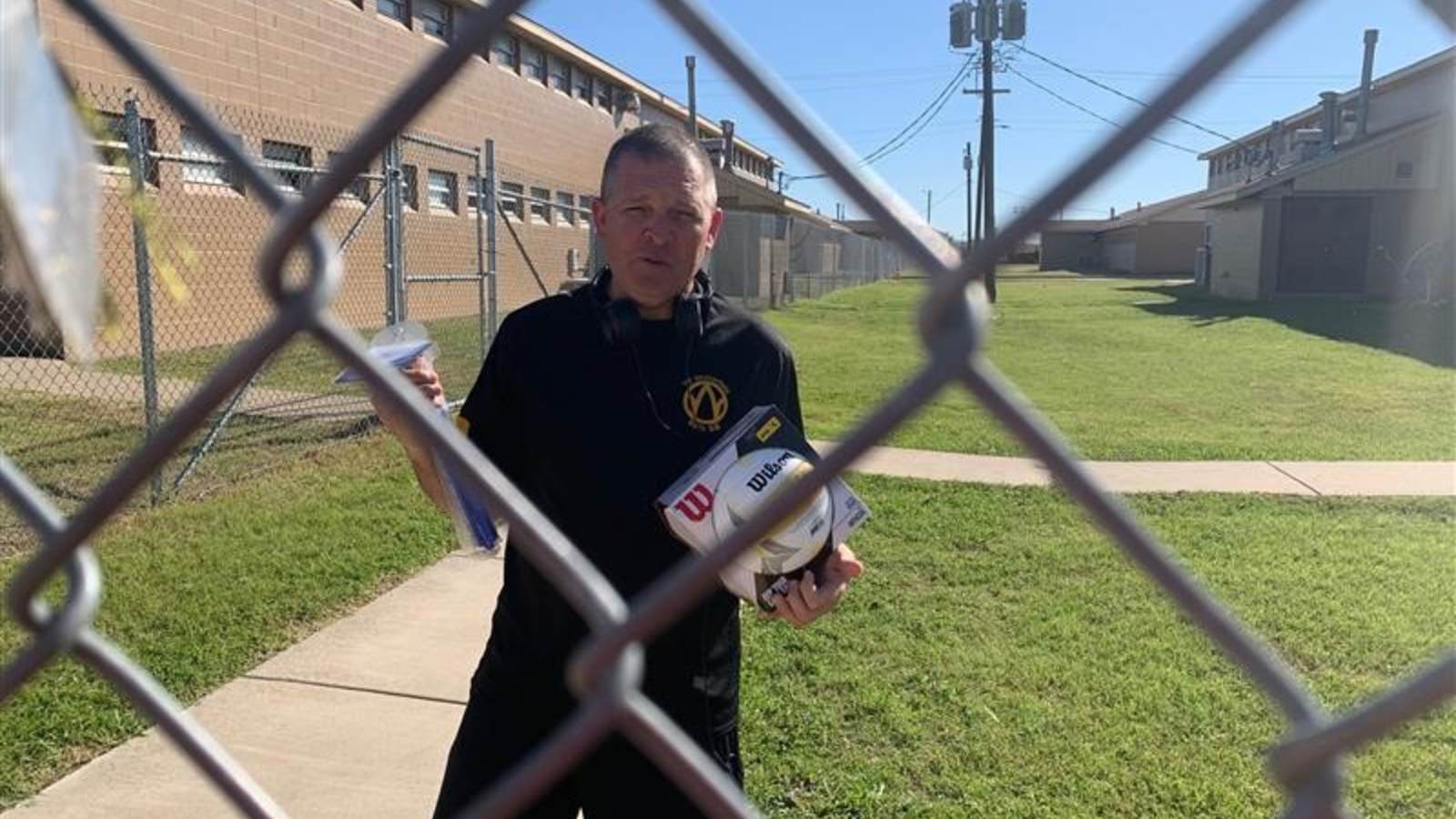 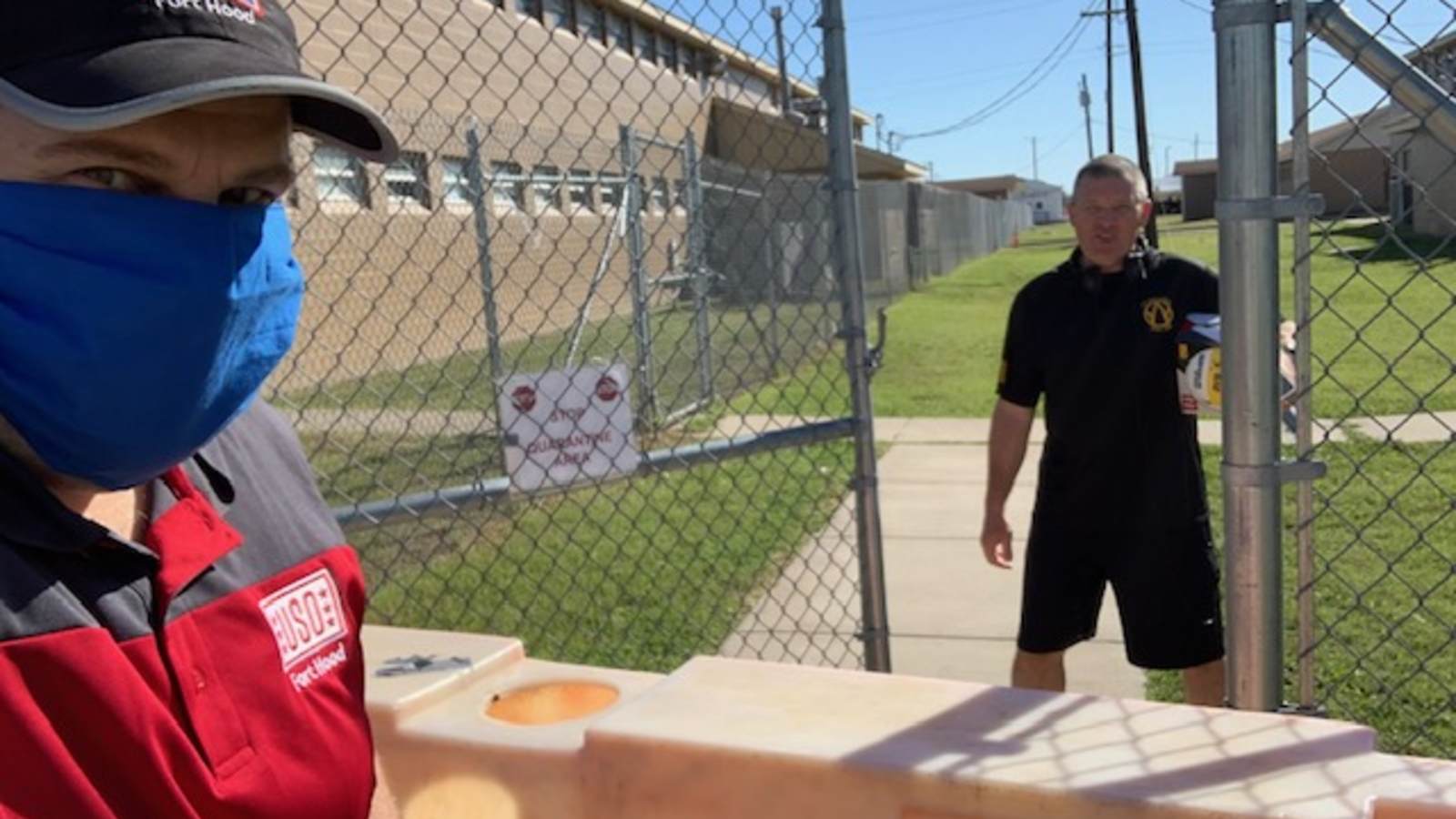 Life in quarantine can be tough. In fact, sometimes it can be downright boring. For the Soldiers in isolation at North Fort Hood, the desire to enjoy the outdoors is heating up along with the Texas weather. One Soldier in particular, Chief Warrant Officer (CW4) Roy Christy, has been looking for ways to pass the time, improve morale, and enjoy the great weather.

One day while scouring the area for things to do, CW4 Christy discovered a volleyball net that had been discarded. After removing some shrubs and getting the net back into working shape, he contacted USO Fort Hood to see if they could help him create an outdoor volleyball court.

“I had reached out to several organizations to get a volleyball court set-up and the USO responded,” said Chief Christy. “It was the USO that called me back.” His request included sandbags, two volleyballs, a pump, a dry erase board, and markers.

Now CW4 Christy and his fellow soldiers can host volleyball tournaments and even keep score. “Thank you for delivering the above items.,” said Chief Roy Christy. “USO always takes care of the troops.”