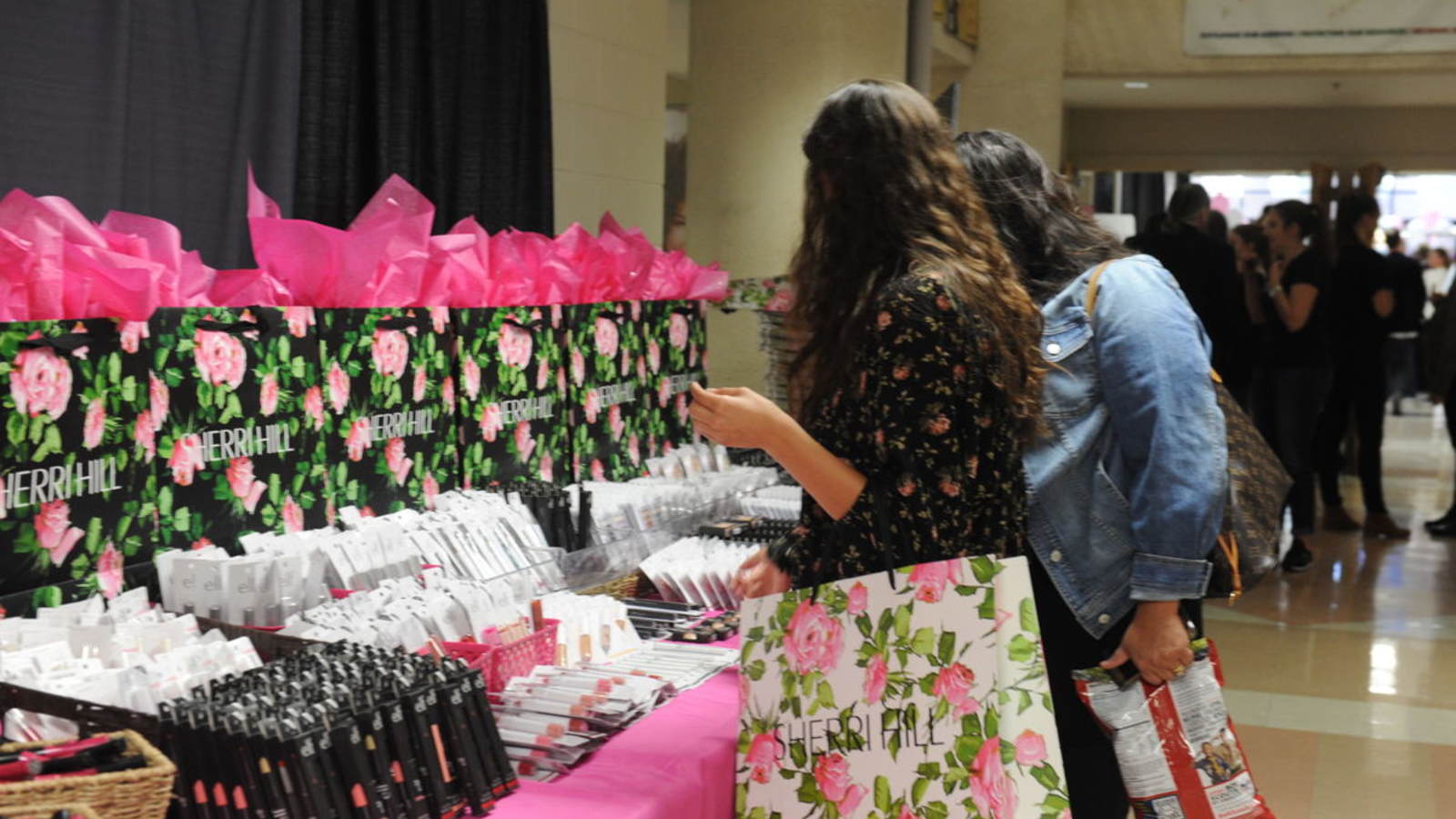 AUSTIN — The USO hosted its national Operation That’s My Dress event Saturday at Austin’s Camp Mabry, where more than 450 teenage girls had a day of pampering and shopping. The day included receiving free designer gowns, makeup, jewelry and hair products.

The event is making several stops at military installations year-round and the program decided to make a return to Texas after being away for more than four years. The event brought in young women that come from a military (active duty and reserve) Family, with ages ranging from 13-18 years old.

Along with the titleholders modeling gowns and cocktail dresses, the USO’s Show Troupe also performed during the show.

After the fashion showcase, the girls walked into the dress expo where hundreds of gowns, with price ranges around $500, were available for them to pick, free of charge, because of generous donations from designers like Sherri Hill. Each girl in attendance was also teamed up with a Miss USA/Miss Teen USA titleholder that would help them find the dress of their dreams.

After finding the perfect dress, each girl was then able to go to the beauty bar where they received complimentary makeup, hair products and their choice of jewelry.

Once they picked up their free products, each girl signed a whiteboard, writing positive self-esteem and anti-bullying comments, part of Paul Mitchell’s anti-bullying campaign.

Each girl was also able to have their hair and makeup done during the event at the style spa, all complimentary. And once they finished their day of fashion and pampering, each girl checked out with their free dress, placed in a garment bag and walked away with a bag full of goodies.

For many of these girls, having a day just for them, was everything. Many face a parent that is deployed or gone several times a year, while some may be on their second or third move with the Army. To have a day focused on pampering them, made many girls, like 13-year-old Kaella Glenn, whose dad is stationed at Fort Hood, feel important.

“It makes me feel special because even though they’re a big company (the designers and businesses), I think they still about us, the daughters of military people,” Glenn said.

And this is exactly how Jessica McAndrews, USO vice president of programs, services and operations, wanted these girls to feel that special day, hoping it helped boost their self-esteem.

“It’s hard being a girl (sometimes),” McAndrews said. “And then you’re moving a lot (because of the military), which makes it even more difficult.”

For some Families like Kelly Moore, who attended with her 15-year-old daughter Abigail, and spent the fashion event as a day for mother-daughter bonding, knew it was just another amazing thing that the USO continues to do for its Families.

“I think it’s amazing. I think it’s a wonderful opportunity for some of these girls. For them to get an actual real dress for free, it’s a great opportunity,” Kelly Moore said.

“The USO organization in general, has been a comfort for us,” Moore added. “…I’m 100 percent grateful for everything they do.”